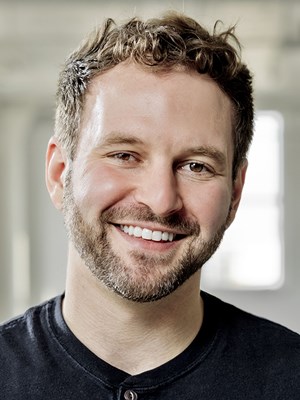 John Fazio is the founder and Chief Executive Officer of Nerd Street, a national esports infrastructure company based in Philadelphia, PA and Localhost gaming and esports centers across the country. Fazio’s goal is to build the next generation of esports athletes, talent and fans by providing a mass consumer gateway with clear pathways to success and access to opportunities that are usually only available to professionals.

As CEO, Fazio handles all of the macro and micro decisions in regards to Nerd Street’s development strategy, the creation of Localhost facilities and creating accessibility opportunities for gamers everywhere. As a child, Fazio grew up playing soccer, a sport where he always had access to the equipment and support he needed to play. Some of his best friends growing up were passionate gamers but did not have the same opportunities that come with traditional sports. Years later, the business models for Nerd Street and Localhost were born.

In September of 2021, he opened the first esports campus, “The Block”, a hub for gamers across the country. In 2021, Fazio was also featured in Newsweek’s 2021 Top 50 Disruptors alongside trailblazers including the CEO of Roblox, Lizzo, Elon Musk, and more.

During the start of the COVID-19 pandemic, Fazio was able to reimagine Nerd Street’s business model and shift his company to an online entity. In 2020, he was recognized by the EY Entrepreneur Of The Year program as one of the 23 finalists for this prestigious award. The CEO was also named to the Philadelphia Business Journal’s 40 Under 40 list which recognizes the region’s most dynamic young business leaders.

In 2019, Fazio led Nerd Street to Technical.ly Philly’s Startup of the Year with the company being deemed a rising star in the technology scene. Nerd Street was also listed among the likes of other industry leaders such as Microsoft, Apple, 100 Thieves, and Epic Games as a Top 10 Most Innovative Companies for gaming in 2020.
“Anyone can walk outside and kick a soccer ball around, but to participate in esports is expensive and inaccessible to a major swath of our society. We are here to fix that.”