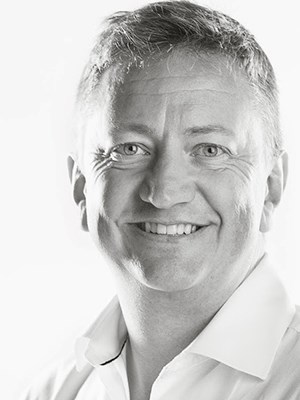 Dominic has been an entrepreneurial operator in the digital and esports based entertainment space for over 20 years. He built his first esports venue in 1999 - Lanarena, which grew to several locations across the country and also founded a network of over 100 eSports venues via the IGUK esports federation.

He ran one of the first ever British esports tournaments in December 1999 with Epic and PC Gamer - the Unreal Tournament. Over the following years, he also managed international esports tournaments for The CPL, The World Cyber Games and the Chevrolet European Online Gaming Championships for ITV.

In 2007, he co-founded Gamerbase, a chain of esports centres located within HMV and opened dozens of esports experiential retail stores in partnership with Sony Playstation and Microsoft XBOX. This led to him winning two International Video Games Awards for Innovation in 2009 and 2013.

In 2013, he moved to the Middle East to conceptualise, design and built Qatar’s largest indoor theme park, including a $10m 200+ PC esports venue called Virtuocity. This $140m interactive park in the country’s largest Mall, Doha Festival City, opened in 2017. In 2018, he shifted focus to Virtual Reality, and provided operational consultancy for Steven Spielberg’s Dreamscape Immersive company where he opened their first venue in Los Angeles, and then ran the operations for 20th Century Fox’s  ‘Aliens Descent’ VR Immersive Experience in Orange County. More recently, Dominic provided design and operational services for the esports venue that opened in Gravity Wandsworth in 2021, and is planning to open another 20+ esports venues across the UK in the next 2 years. He also provides executive consultancy services to a variety of global entertainment operators including developing Location Based Entertainment projects for Netflix, and managed Zack Snyder’s Army of the Dead VR experience in the US and Europe.